So What Do You Consider Beautiful? 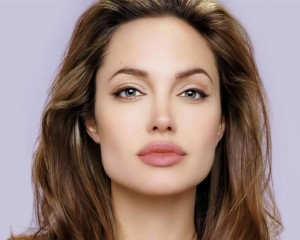 The pout that so many women deem as perfection.

The Oxford Dictionary defines beautiful as, “Easing the senses or mind aesthetically,”  but that does not help explain how beauty is interpreted so differently by people in other parts of the world. When reading about beauty standards from across the world, it’s been fascinating to learn what people find most attractive. To add to this confusion one must take into consideration that there’s a big difference between men and women and what they deem beautiful. In the West, we have gone overboard in terms of enhancing our looks and creating these new-age standards of beauty. Although, some might argue that in other parts of the world, where running water and toilets are non-existent, the way in which some of these people mutilate their body—in an attempt to adopt a look they perceive as beautiful—is no different to what we, in the West are wiling to do in order to look good. But I beg to differ with this statement, especially in this modern age of social media, and the way in which these ideas are spread instantly and become an instant obsession and a must-have look so to speak. 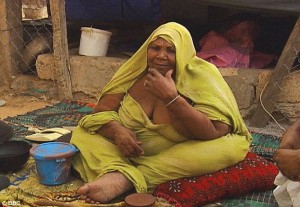 Force-fed in order to look attractive.

Everyone wants that same look, and if they are not born with it, never mind, because the plastic surgeon can create it for them instead. Take for instance the pouty lips that are part and parcel of Angelina Jolie’s look. While her lips might be completely natural, women all over the world actually deem the fuller pout an ideal of beauty. So many Hollywood actresses have now adopted this look that its helped create a new standard of beauty. In the US a widespread coming of age Sweet 16 gift is breast augmentation surgery; models have to be a size “0” if they want to be considered for modeling by top agencies from around the world. Flawless, wrinkle-less skin is a given these days. While women in the West try to recreate the “Asian eyes” with the use of eye-liner, you find that many Asian women have plastic surgery specifically to make their eyes look more Western. In India for example, most of the beauty industry revolves around skin whitening creams; the most desired complexion is the “wheatish  complexion,” which is neither white nor dark. In South Africa, Ndebele women consider long necks beautiful; Women from the Mursi tribe in Ethiopia consider  large plates in their lower lip as a sign of beauty; fuller figured women are considered sexy in Fiji, Nigeria and Mauritania—some of which are force-fed in an attempt to attract a husband right away. 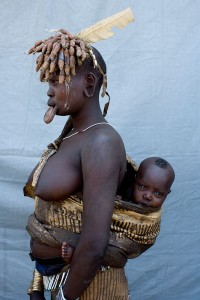 A woman from the Mursi tribe, South Omo Valley, Ethiopia.

However, there is a caveat to everything that I’ve mentioned in this post that has somewhat changed the way that people perceive beauty. Since the introduction of television in some remote parts of the world, those who used to uphold the “other” unfamiliar standard of beauty; have changed their tastes. Our modern type of beauty has now been exported to other countries as well. I don’t mean to say that it’s affected entire communities abroad, but it has impacted some of them to a certain degree. What they once deemed beautiful may now seem ugly and unattractive. This comes as a direct result of watching images of women on television for a number of years—where the waif-like body, or facial features that were enhanced with the help of plastic surgery—have now taken beauty standards to a whole new realm. The same can be said about the West though, we’ve all been privy to interesting shows on Discovery etc., read National Geographic and learned about people from other remote parts of the world, and perhaps some of their beauty regimens have rubbed off on us i.e., piercings and tattoos. 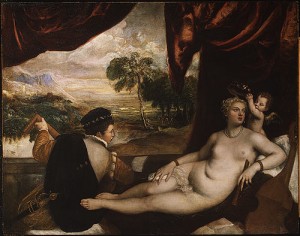 Venus and the Lute Player had little A-cups .

The notion of beauty is one that is forever changing, all you have to do is look at images of women captured by some of our Masters, where there was a distinct preference for full-figured women. Women in the Renaissance era, who modeled for some of these artists, were not even well endowed, their breasts looked like A-cups at the most—yet, this did not deter the artists from featuring them in their masterpieces. And these are the very paintings that we travel to see in museums and galleries all across the world—priceless beauty at its best. However, good luck finding a model with such dimensions being featured on the cover of a magazine today. 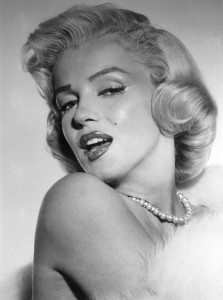 It wasn’t long ago that full-figured beauties such as Marilyn Monro became everyone’s model of true beauty, for men and women alike. She too would be hard pressed to find a modeling job these days, or considered a sex symbol for that matter. Could it be that the image of beauties such as Marlyn—who by no means adhere to today’s standards of beauty—prove for once and for all that classic beauty will always outweigh the latest fad? The fashion industry as well as the media might do a fine job at promoting a certain standard of beauty, a “look,” but at the end of the day you alone will decide what you deem beautiful—it’s totally subjective. Have you ever overheard someone saying: “What the hell does he see in her?”

Who do you deem beautiful these days?

One Response to: So What Do You Consider Beautiful?

What is beauty? It’s always been a combination of factors for me. I met my husband when he was already bald, it never bothered me because I was attracted to him anyway and I loved everything about him, he made me laugh and made me feel special! I understand that women view men a little differently. Under the same token I have never liked my nose but my husband has always told me that I am beautiful. To answer your question, I think that a beautiful person would possess some features that I would be attracted to, like my husband’s bald head, nice teenth and smile.