Not a Fan of the Droopy Eyelid Look? 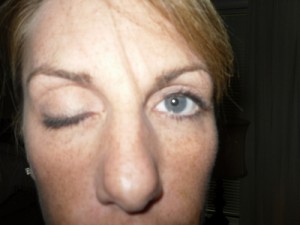 I’ve been there, I’ve done it before—not a totally botched procedure—but I’ve had too much Botox administered by a doctor, no less, who seemed to ignore my specific instructions for very light Botox. The result for me was a forehead that was much too frozen, and eyebrows that were stretched to the limits.So what else constitutes a bad Botox job? Well, usually it’s a face that does not move at all—completely frozen, a fixed forehead, inability to express anything using facial muscles, or facial asymmetry such as asymmetric brows and droopy eyelids. This, unfortunately, will be the result when the patient is injected with too much Botox, or when injected in the wrong spot. The experts at korean plastic surgery hospital make sure such goofs never occur. 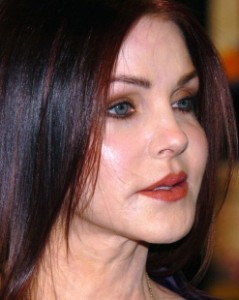 Too many people who are not trained to administer these injections are out there offering their services, and causing a lot of harm. In any case, if you already feel that you are on the fence over whether to go ahead with this procedure, perhaps you should start by planning on a safe medical environment with a medical professional, before permitting anyone to inject you. As a rule, it’s always advisable to have a Board Certified physician administer the injections. A good idea is to  view before and after photos of prior patients, to ask for recognition awards from Botox Cosmetics or Restylane in order to assure yourselves the expertise of the the medical professional who’s administering the injections. 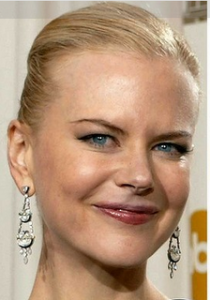 Sadly, with all the precaution in the world, we are still left with public figures who’ve suffered from botched procedures even though they had been treated by the professionals. Many doctors will tell you that the goal of Botox is to give the patients a more youthful appearance, but why are so many people walking around with frozen faces? Is it because they request that specific look? It’s an enigma to me why an actor would ever tinker with their facial muscles, albeit the pressure they have to look good in order to get their desired roles. I was under the impression that a flawless look is reserved for the modeling world, while acting is all about making us believe in their ability to portray different characters and real people. Priscilla had always been a beautiful woman, I don’t understand her need to completely change her face. Nicole is one of my favorite actors—her portrayal of a courtesan in “Moulin Rouge” was admirable and a work of art. I hope that with time she will opt to relax the amount of Botox and fillers in order to regain some that natural beauty and charm that’s made her so appealing to watch.

In the U.S. those fillers are considered prescribed medicines, and there are about six of them in the market currently, whereas in England the number is staggeringly higher. At the end of the day, we should all be a lot more prudent about elective medical procedures that we undergo—and fillers are no different.

Dr. Brandith Irwin is a dermatologist whom I’ve seen quoted many times with respect to Botox treatments, and she explains that at a dermatologist’s office, Botox treatment is always individualized for the patient’s specific needs. You need a high quality environment to inject this safe medications. However, at any one of these popular Botox parties you get what’s known as the “McBotox,” which is when every single person at the party receives the same amount of Botox injected to their forehead. In these instances there can be a lot more mistakes made and even though they are usually of a temporary nature, nobody wants to be at the receiving end  of botched Botox.

Sometimes Botox is used in areas of the face that  were not FDA approved, which also contributes to some complications or botched attempts at a youthful result. Usually, Botox is administered from the cheeks up and fillers are used from the cheeks down to the chin. If too much Botox is used and the patient is left with an expressionless face, then there is no remedy other than time. Withing three months it starts to wear off. If the botched Botox results in asymmetry then it may be corrected with more injections.

I wonder how many people have considered fillers as a serious risk, and how many have elected to get injected by non-professionals? These injections have become so commonplace that getting injected outside a safe medical setting does not seem to worry many of these women. We’ve also seen the results of some of those unsuccessful injections, in spite of the temporary nature of these procedures. At the end of the day, is it worth the risk, all in an attempt to adhere to a new standard of beauty? Of course this opens a whole slew of arguments, which state that any sort of medical procedure has risks involved—even getting a filling has its share of risks.

Also, people all over the world have been adjusting to different standards of beauty, practically from primeval times. Sometimes mutilating their body, especially in the case of a tribal setting, in their desire to look good—to look attractive to the other sex. The fear of looking old is not a 21st century invention either and our ability to do thing differently is just a modern-day extension of what we had always concerned ourselves with.

Even though I can understand the reasoning behind such an argument, I still think that just because it was done in the past, does not make it’s right for me necessarily. It seems that in today’s society, especially with the advent of social media, the trends and need to look a certain way become magnified tenfold. And its effects are much more far reaching than before, and as far as I’m concerned it’s all a big waste of time.

One Response to: Not a Fan of the Droopy Eyelid Look?