Last Sunday night, while relaxing in front on my TV, I happened to come across a movie that I had not seen in years, “The Picture of Dorian Gray.”  I also remember reading the book in my early twenties and loving it so much that I kept it in my library as one of those books that had impacted my thinking—that I would always want around me. I felt that way even though I still suffered from—age appropriate ignorance—that aging would never be “my problem,” nothing that would happen to me specifically. But in spite of my youth, I still loved the story and saw great value in it.

Decades later I found myself drawn to Oscar Wilde’s three main characters all over again. They represented  the aestheticism movement during the late 19th Century; they believed that art does not have to possess any purpose other than being beautiful. And this was in complete contrast to what the Victorians had maintained—that art should be a tool to further promote moral enlightenment etc. The new ideas of hedonism and aestheticism tried to unravel the ethical certainties of the burgeoning middle class. This novel however was an example of art imitating life, because when Wilde wrote this novel its critics panned it for being highly immoral, and when the author attempted to introduce it to the public once again, he explained that the novel had no other purpose other than to be beautiful.

In the novel, Dorian’s life begins to unravel when he looks at his newly painted portrait, and hears Lord Henry musing about the fact that the portrait will remain young as Dorian will age and wrinkle—loosing everything that society holds at high esteem. His ongoing drivel about the transient nature of beauty and youth have a devastating effect on Dorian. And why should that not be the case when it’s the very nature of a society that prizes beauty and physical attractiveness over everything else? Dorian curses his fate and vows to give anything, even his soul, if the painting would bear the burden of age instead of him, thus enabling him to remain young forever. In a surprising turn of events, Dorian very quickly discovers that his wish had come true, and it is the portrait, rather than his own body that has now bared the marks of age. You need to read the novel in its entirely to fully enjoy its richness of characters and  ideas, but for the purpose of this post I will skip forward only to tell you that after years of questionable behavior, one that lacked moral fortitude—the portrait eventually becomes hideous and distorted as you may have already guessed.

Throughout the novel, there are many examples of the reigning principles of  aestheticism; the reason Dorian is sought after is purely because of his ageless beauty. People are fascinated and attracted to him and even forgiving of any wrongdoing, because they are in awe of his appearance. “You are made to be good—you look so good,” and Lord Henry takes this philosophy to a whole other level when he states that one’s life should be spent on appreciating beauty and seeking out pleasure, rather than searching for ways to alleviate pain and suffering. At the end of the novel we learn that the price one pays for this belief is exceptionally high, indeed, Dorian gives nothing less than his soul to achieve his pursuit of youth and beauty.

Wow, what a story, and it makes you wonder about the price that we’re paying right now for the way in which we choose to treat beauty and aging in modern times. 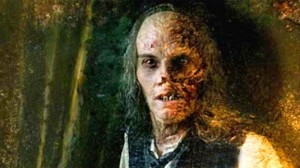 A picture of Dorian Gray

This is a great novel and has been imitated over the years in book and film. Take a flick through Robert Silverberg’s ‘Dying Inside’ a science fiction novel from the late 70’s and more recently Benjamin Button with Bradd Pitt at the movies. These are just two examples that although are not exact replicas of the Picture of Dorian Gray will give you food for thought.