Looking Good at Any Age! 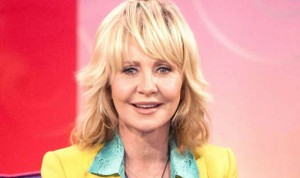 There are plenty of self revealing books out there written by celebrities who know it all; they know what to eat, what to drink, how to exercise, which products to use—all in the name of staying healthy and young. Some have boasted about the numerous plastic surgeries that they’ve undergone in order to look as good as they do, while others have refused to admit that the secret to their continuous youthful looks has involved a little bit of help from the surgeon. If you’re looking for new and affective skin care products, you may get in touch with a medical esthetics products distributor.

In my blog I try to expose the many facets of aging in today’s society with emphasis on the idea that some of us would like to age with grace, and be considered attractive at any age. I feel that I’m a teeny-tiny voice in a society that is preoccupied with plastic surgery and whatever else they do in order to achieve their goal of forever looking young. I don’t believe in judging or preaching to anyone—saying that people should or should not do whatever they wish—I’m a true believer, however, in live and let live! This is exactly what Lulu has expressed in an article published on February 22nd 2010 in the Mail Online. Writer Jane Gordon had the pleasure of interviewing this bubbly 61-year-old when she was promoting her new book titled, “Lulu’s Secrets to Looking Young.” I’ve not read the book yet, but what I have learned from the article sounds pretty inspiring. 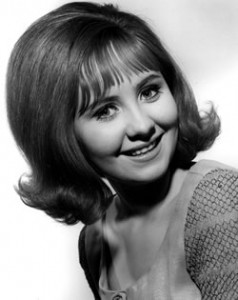 Lulu in her teens.

For anyone who has no idea who Lulu is, she began her career at age 15 with the hit record “Shout” in 1964, and in America she hit the top of the Charts with her title song for the film “To Sir with Love,” in 1967. She has been one of those rare celebrities whose careers have had longevity; since her first hit, she’s also included acting and modeling to her long list of talents—while collecting many admirers and fans along the way.

The article describes Lulu as looking decades younger than her 61 years. Admittedly, she states that we have reached a time where it’s easy to remain ageless; “We are living more healthily, science is more advanced; as a result my generation has the chance to be ageless.” At first glance, I was unsure of what she actually meant, was she referring to artificial youth-enhancement procedures when mentioning science, or did she mean something else completely? However, further reading revealed that her idea of looking good does not necessarily mean “looking young,” something that instantly brought a smile to my face. She said that she’s not interested in going back in time and that she actually prefers the way she looks these days—she actually feels more comfortable in her skin and feels much more attractive than before.

She believes in looking good at any age, and this is the idea that she tries to promote in her book. She passes on her secrets of achieving this by revealing everything that she knows about skincare, wardrobe, exercise, diet, and inner well being. When asked about the most important tip from her book, she said that at her age, “less is more, having a good haircut, playing up your good points, and if you are open to new things then life becomes an ongoing adventure. You should enjoy yourself and not torture yourself and make it a chore. It’s all about having the right attitude.”

You don’t have to be a celebrity to live by those rules, and many of us do so already. But unless you are a celebrity writing about your epiphanies of life and aging, nobody really wants to listen, and publishers won’t bother publishing your work either. So when we browse through those bookshelves at the bookstore, and we find another one of those bestsellers written by yet another famous person, who has something to say about an issue that we care about,  or that speaks to us in some way—we take a second glance at the book. We all look for reassurances, it’s normal; it’s always nice to hear one more empathetic voice that helps put your own fears to rest, especially when it comes from such a lovely, positive human being. 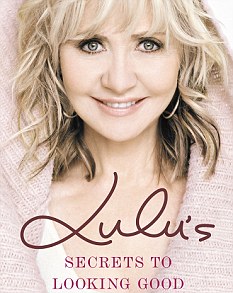 Lulu’s book can be ordered on Amazon.

4 Responses to Looking Good at Any Age!