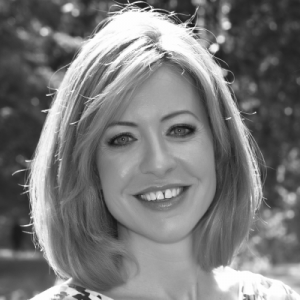 I’m almost certain that ten years ago articles on beauty and aging would never capture my attention. The subject matter was of no interest to me whatsoever, because aging had not become one of my concerns yet. This immediately confirms the fact that my readers could never be in their twenties or thirties for that matter—I can’t even remember the things that would peak my interest at that age.

Recently, a newspaper article that had caught my attention was one that I came across while reading the Times Online. The title of the article was: “Diary of a beauty addict: Blow-dries 7, Botox 2, facials 4.” It was an article written by beauty editor Alice Hart-Davis on how she got hooked on botox, fillers and lash extensions—ultherapy can be something you can also learn about this My Botox LA Med Spa answreing questions about ultherapy.

She admits to becoming attracted to the idea of writing about beauty because of her fascination with why human beings have this urge to decorate themselves. She also confesses to enjoying the free treatments that have become part and parcel of her job—all in the name of good research-making.

She begins her diary by stating that in November there was one injection, a blow dry, and eye lash extensions—all for the modest cost of $235. Apparently, she loved those eyelash extensions so much that she now gets them done once a month, and endures a two-hour process all in the name of long, dense, and almost natural-looking eye lashes. She also tried Isolagen, the $3,000 “grow your own face-lift” treatment, which necessitated 72 injections to the face. Cheek volumizing however has become her most favorite fix. She also gets work done on her tear trough, the bit beneath the eye. The doctor she frequents had recently informed her of the latest in facial rejuvenation, he described the process of boosting face volume with fat taken from the tummy. For now, she’s decided to hold off on that treatment since the bruising is quite noticeable.

December—there were 2 injections, 7 blow-dries, a cheek boost, tear-troughs filled—all together costing a mere $900. Then there was also a bit of the usual like: highlights; eye brow tinting; teeth whitened; nails, etc . . .

January—about 5 needle cures, more blow-dries. At this time she had become intrigued by Dermaroller—a barrel of ultra-fine spikes which are rolled across the face to stimulate skin repair. After the treatment is over you tend to look as if you have just suffered severe sunburn after which you end up looking fantastic, with younger, smooth-looking skin!

As I reached the next month in her diary, I stopped for a second, thinking that I could not possibly continue reading more of this nonsense. At that point, I became bored, and I fully understood that this woman was hooked on chasing after her youth, and would continue to take full advantage of her position as editor in order to realize her wishes of reversing her aging process. I took another cursory look at the article, this time skipping to the very end, and that’s when I saw something that grabbed my attention. Right after reading about a painful encounter with a pixilated laser that left her with raised microdots across her cheeks, and about trying Macrolane, the temporary breast-enhancing injections (didn’t know those existed either,) I then noticed something about her daughter going into hospital—so I had to read a bit more.

As she described her daughter’s heart operation, I could only imagine that maybe this woman might have had an enlightening moment right there, at her daughter’s bedside, but then the next month in her diary came along and once again she displayed a long list of injections. Noting that although she did the usual top-ups, specifically to her cheeks, and tear trough, she stopped short of getting Botox because she wanted to look “normal.” She wrote that she had a real Dorian Gray moment when she could see how wrinkled her forehead really was. She panicked and purchased a whole lot of collagen-boosting creams, and even resorted to a new haircut. However, one day while watching her daughter getting ready for school, out of the blue her daughter stated that it’s what’s inside that matters most.

She wondered how on earth had her daughter realized this truth while all along watching her mother do the exact opposite. Hmmm, I thought, perhaps it’s not difficult to understand why this young girl—who’d witnessed her mother’s obsessive preoccupation with her looks—would come to this conclusion on her own. But then I considered the circumstances again, maybe it’s not so much about a sensible young woman, and more of a teenager’s need to rebel against her parent’s own thoughts and ideas. Whichever one it is, the end result was such that her mother was left with something to ponder the next time she would be offered a makeover. That over-the-top endless pursuit of youth may not be the best legacy to leave for her daughter after all.