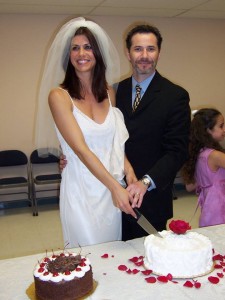 Married in front of my students once school was out for the day.

When I first learned of a new reality show about brides, it peaked my interest and I couldn’t wait to see what the creative television minds had concocted for our viewing pleasure. We already have brides agonizing over dresses they cannot afford  in the show titled, “Say Yes to The Dress,” we also  have “Four Weddings,” where the brides gossip about each other while secretly vying to pull off the best wedding reception ever and thus snag the prize, which consists of an all paid for honeymoon. “Bridezillas,” is another show that captures every single stage leading up to the wedding, but it espouses to focus on more meltdowns and shocking confrontations between the brides and their family members—all the necessary ingredients for a captivating, successful show. Then comes the newly anticipated show, “Bridalplasty,” and in this program the brides are pitted against each other during a string of challenges, ranging from best wedding vows writer to best honeymoon planner. And then the raison d’être—the motive—the rational and justification for it all is the chance to win extensive cosmetic surgery, and the chance to be the “most perfect bride!” 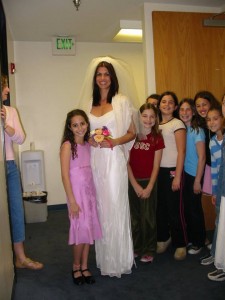 Oy, was the one and only word that I uttered when reading abut this show. I’m no snob when it comes to entertainment; I make no apologies for the crap that I allow myself to watch on television, I feel totally confident with my intelligence that I don’t have to say that I don’t watch TV ever . . . I understand individual taste and preferences that don’t mirror mine, therein lies some of the entertainment value, when you get to see how the other half lives. Voyeurism is a human trait after all. Also, one can always switch off the TV if not interested in watching a show, nobody forces us to watch anything. But for me, those types of shows represent such a blunder of values and morals—the opposite of everything or anything that I stand for. Take for example my own wedding to Greg: we decided to keep it small, extremely small for that matter and for this reason only my students were invited to take part in the ceremony, which took place at the end of our school day. I happened to own the dress you see in the photos, and the head piece I sewed the night before after popping over to Jo-Anne Fabrics and paying a couple of bucks for the material, one hour later I had my whole wedding attire. My students prepared a special song for us that they performed, they also held up the chuppa (part of the Jewish wedding ceremony) after the rabbi officiated over the ceremony, we all ate cake and carried on with our life. For many people this would not make any sense whatsoever, but for us it made a lot of sense.

The Hollywood Reporter has quoted the network saying that the show gave women “the chance to be the most perfect bride” for their groom. Seriously? I have yet to see the show once it airs, but I guess the climax of the show will be when the bride reveals her new and extreme makeover—when she unveils herself before her future husband for the first time–and he expresses his surprise at his bride’s perfect new looks. I can envision the scene in my head, as the camera pans on the face of the groom focusing on him for a good few moments, unsure of whether he will love it or hate it. Hmm, not exactly because that would be real reality TV, which defeats the purpose of reality TV.

Once again, I feel terribly puzzled—practically left out in a culture that continuously promotes the idea of perfection through surgical standards of beauty. If someone is so bothered by a certain feature on their face or body, and feel that altering it will bring them happiness, fine, I’m not judging. But the idea that if they don’t change their appearance, they can’t be loved or are not marriage worthy—that I find terribly disturbing.

I thought back at the different boyfriends I had over the years, certainly not all of them represented a look that could be deemed classically appealing, but then again they were appealing to me for many other reasons. Looks have plenty to do with attraction, but they’re also subjective;however, shows of this nature presume that looks are the mitigating factor when two people are attracted to one another. And to think that those brides had spent the day leading up to their wedding suffering terrible pain while recovering from multiple surgeries, and concentrating on something so trivial in the grand scale of things. I don’t know whether to laugh or feel sorry for them.