Midnight in Paris, and a Look at Sublime Beauty and Style. 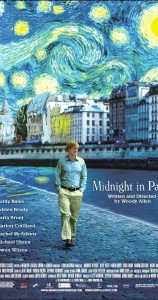 I have never enjoyed reading movie reviews, and for this reason I seldom do so. I’ve always felt somewhat disturbed by the critics’ ability to decide for everyone else what’s worth watching, and what should be avoided at all costs. Can other people really decide what I’m going to enjoy watching, and what I might find boring, offensive, or even stupid? Definitely not! When it comes to Woody Allen, the movie critics in America, have never been overly kind from the little that I’ve read, and for this reason I have not read the reviews for his latest film for that matter. But nevertheless, I went on a limb as I usually do, I saw the film— and fell in love. This, by no means is a review of Woody’s film; I think that if the title of a movie intrigues you enough, then you should definitely judge it for yourself.

I’ve chosen to mention his film not only because I was truly entertained and mesmerized by the story, as well as the setting, but I got the chance to see characters whom I adore from the literary world come to life in the most bizarre of circumstances. What’s not to like about the 1920s? In America it was a decade that embodied so much elegance and creativity, despite prohibition and mob violence, and the rest of the negative, boring stuff The 1920s were like a reawakening of sorts, after a world war, people were in dire need of change. They wanted to break free of many of the prewar constraints, some of which included the government’s attempts at passing moral legislation; they yearned for a more relaxed atmosphere, a return to a simpler way of life. Although, in the political arena, politicians were arguing over peace treaties, America’s entry into the League of Nations, and there were strikes and riots, and a growing fear of radicals and terrorists, the people still preferred an escape from all of this. They wanted to forget about the war and opted for an optimistic approach, an opportunity to release emotions that were veiled under Old-World restrictions.

Slowly, everything changed; no more tight corsets and long skirts, which epitomizing the Victorian era, the new generation relished in the free flowing material of their dresses, and their ability to move with much more ease, and blend into the rhythm of their new fast-paced music. So when in Woody Allen’s movie, F. Scott Fitzgerald and his feisty wife, Zelda, appear at a soiree, I could not help but grin. While enthralled by their beauty, style, and interesting dialogue, my mind reverted to Fitzgerald’s novel The Great Gatsby, which illustrated so beautifully the lifestyle of the younger generation of that era. Woody’s film took me down a nostalgic path that I obviously only know through my grandmother’s vague descriptions of her life during the 20s, but more accurately through film, literature, and music.  I watched with envy the party scenes in Woody’s film not only because both men and women looked so beautiful, but because their fashion and style exuded a sense of freedom.

Before the 1920s, a woman’s typical look was a powdered white face and black mascara on the eyes. Makeup was difficult to come by, and often women had to make it themselves, which made the entire process of looking good quite tedious. The bra was finally  introduced once the corsets began to shrink in size; the short dresses were straight with a loose silhouette; the fabrics worn by women were colorful, they exuded a new relationship between clothing and art—there was use of bold color and beautiful patters in their matching stockings. The “bob” was reintroduced by actress Louise Brooks, everyone tried to reproduce the looks of Hollywood actresses in those days. The eyebrows were thinned out and penciled in with a little arch; eyes tended to look dark, and coupled with deep red lipstick that was applied as a cupid’s bow—this was the modern woman’s introduction to new beauty standards. There was the pale “Asian” look of the early 1920s, the garconne (boyish) style during the mind 1920s, and the femme fatale near the end of the decade. 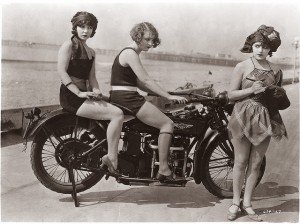 Bathing suit beauties of the 1920s.

Closer body contact in dancing, shorter hair, use of makeup, greater participation in the workforce—all contributed to the creation of the new and improved woman.

What drew me in particular to Midnight in Paris was my own background, that of an expatriate living in America; I was after all born in London, but also raised in Israel for many years, always wondering about the life I could have had in either ,England or Israel, and always looking at both countries from a distance. I could very easily empathize with American expatriates living in Paris, such as Hemingway, Fitzgerald, or Gertrude Stein. Another detail I easily identified with was that of a writer in pursuit of self fulfillment; I could understand the protagonist in this film and his desire to draw from all the great writers and artists, and experience some of that magic that inspired them during this time. 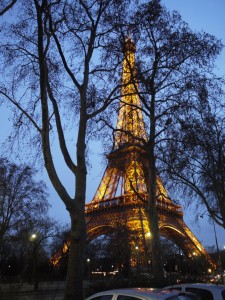 I could understand the allure of the city that captivated the “lost generation” as Gertrude Stein aptly defined them during the Golden Age of the 1920s.  As an avid enthusiast of certain eras in terms of cultural development, I for one love the innocence of Israel when it was first established. I love the optimistic music and lyrics infused with a love for the land and its history. I enjoy the literary works of that time period, the humor and entertainment. I appreciate the way women used to look, there was a certain wholesomeness that blended so well with the region and the times.

In Woody’s film I found everything that I love about the 1920s. I’m aware of the fact that some describe the Bohemian crowd in Paris, as reckless and drunken, but their literary contributions were valuable. There was a freedom that was unavailable to them back home in America. Although Woody does not undervalue the importance of the age that we are living in, I can honestly say that his movie provided me with a much needed escape from the world that I am currently living in. In fact, I am still smiling and waiting for my 3:00 O’clock hair appointment for my 1920s-style-bob. 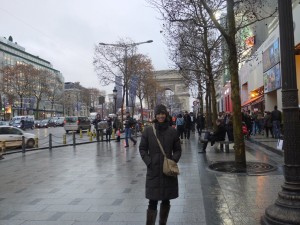 If you have enjoyed my writing and interpretation of ideas, then be sure to check out my books, especially those written about similar subject matter. The Diary of a wrinkle and Age Schmage can be found on Amazon.com. For those of you who enjoy historical novels I am sure that you will find East End Dreams an interesting reading experience, also to be found on Amazon.com.

I thank all of my subscribers for loyally reading my material and giving me a greater sense of purpose.

2 Responses to Midnight in Paris, and a Look at Sublime Beauty and Style.