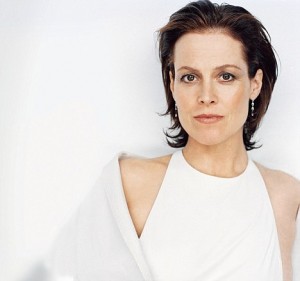 It’s no surprise that when I come across any bit of news regarding someone, anyone, who accepts their wrinkles, I am intrigued. I admit that I need to hear it from others in order to help me accept my own sagging self. Such was the case when I heard 60-year-old Sigourney Weaver discussing the whole question of beauty and aging. The photo below reveals a very beautiful woman—and yes, there are lines in plain sight but I still find her to be exquisitely good looking. Sadly, when she was growing up her mother once told here that she was not beautiful, but that’s a whole other article for another time perhaps. Let’s stick to what she had to say about plastic surgery. END_OF_DOCUMENT_TOKEN_TO_BE_REPLACED 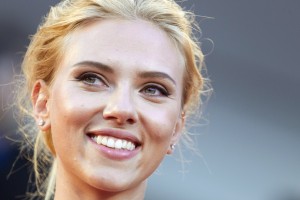 Scarlett Johansson, one of two Danish people I “know.”

Who knew that the Danish were not only great at making pastries, implementing income equality, and the world’s highest income per capita, which explains why they are also known as the happiest people on earth. Oh, but there’s more; it’s the birth place of Hans Christian Anderson, one of my very favorite fairy tale authors, and Scarlett Johansson, one of Hollywood’s sexiest bombshells is of Danish descent. However, these days the Danish are also credited with determining who are the most attractive people on earth? Yes, you read correctly, the Web is ablaze with articles about this new Danish website that only accepts membership from the most attractive people on earth. END_OF_DOCUMENT_TOKEN_TO_BE_REPLACED 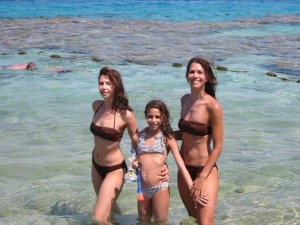 Age appropriate ignorance—none of us concerned about wrinkles. (Sisters Ilana and Sharon, Maya in the center.)

I recently celebrated my 43rd birthday, and it just so happened that on that same day I took my daughter to a doctor’s appointment at the dermatologist’s office. We sat in the waiting room for an hour before being called inside the examination room, and this gave me plenty of time to look around and absorb my surroundings. It was nothing like the scene that I was accustomed to seeing when visiting the dermatologist in LA, where the list of names was always covered up with tape to maintain privacy, and the people sitting around almost always exhibited a “look” that definitely cost them a lot of money. When it was our turn to see the doctor we were led into the examination room where once again we remained waiting, this time for another fifteen minutes. My daughter focused on the textbook that she brought along, while my eyes were almost immediately drawn to the display of facial rejuvenation pamphlets that decorated the room.  END_OF_DOCUMENT_TOKEN_TO_BE_REPLACED 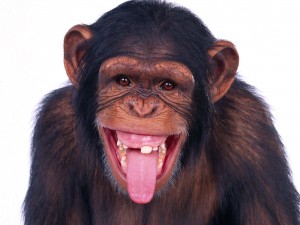 In the Scientific American Magazine you can always be sure to come across a few interesting articles and such was the case with “Facial Expressions,” an article published just this month by Kate Wong. The article discusses the well optimized arrangement of muscles on our face in order to enable us to better find food. However, this arrangement on the face has another role, that of communication. Humans have very expressive faces, which convey a whole array of emotions, and researchers have said that our ability to make facial expressions has to do with the unique facial muscles in that area.  END_OF_DOCUMENT_TOKEN_TO_BE_REPLACED

Last time I shared a few ideas about aging from a book written by Karen Cokayne and titled, Experiencing Old Age in Ancient Rome. In this blog I want to share more interesting information about how aging was portrayed in comedy writing during that specific era.

In satirical writings from that period of time, wrinkles and other physical characteristics associated with aging were viewed with absolute repugnance. Cruelty in those days was by no means a foreign concept, and so the main target or focus of comedy was the old man whose physical appearance was deemed ugly, and inspired the types of comments that society found exceptionally entertaining. END_OF_DOCUMENT_TOKEN_TO_BE_REPLACED

This past weekend I found myself engrossed in a book titled, Experiencing Old Age In Ancient Rome, written by Karen Cokayne. It was interesting to read that in antiquity, scientific and medical texts considered changes in one’s physical appearance, such as wrinkles, grey hair, and baldness, due to a deficiency of heat that was brought on by cooling and drying of age. END_OF_DOCUMENT_TOKEN_TO_BE_REPLACED 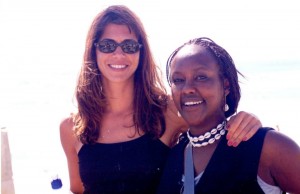 I recently joined Facebook, something that I resisted for a while; just didn’t have the time or patience to pursue one more avenue that necessitated keeping up with posts. However, a few more urges from friends convinced me to click along and join the ranks of everyone else out there writing status updates, sharing their life with everyone and making new friends of course. It just so happened that after a very busy day I was left with a restless mind, and unable to fall asleep, I began to think about people from my past. One of those people who often popped into my mind was Judy; suddenly, the idea of renewing our friendship became more accessible to me—I began to feel excited at the possibility of finding her. We used to be neighbors in Manchester, England, when we were students in the late 80s, and we were very good friends. However, after graduation we both moved to different countries many miles apart, and what happened next was life. END_OF_DOCUMENT_TOKEN_TO_BE_REPLACED

Last Sunday night, while relaxing in front on my TV, I happened to come across a movie that I had not seen in years, “The Picture of Dorian Gray.”  I also remember reading the book in my early twenties and loving it so much that I kept it in my library as one of those books that had impacted my thinking—that I would always want around me. I felt that way even though I still suffered from—age appropriate ignorance—that aging would never be “my problem,” nothing that would happen to me specifically. But in spite of my youth, I still loved the story and saw great value in it. END_OF_DOCUMENT_TOKEN_TO_BE_REPLACED

Computer games have been an ongoing source of entertainment for years so it’s no surprise to learn that the very keen, computer crazed individuals, have somehow caught up with the rest of us, and they too have aged. The pending question though is how well have they aged, knowing that they have spent a decade or more sitting for a myriad of hours per day, every day, in front of the screen while their brains have been lured into their virtual playground. END_OF_DOCUMENT_TOKEN_TO_BE_REPLACED

Salad On My Face

Years ago, when I still lived at home, I remember my mother scooping avocado for a salad she would make, then keeping the avocado peel—only to be used later for rubbing all over her face.  She would encourage me to do the same, and I remember my reaction time and time again,”You mean put salad on my face?” I would say this, completely disinterested in any of her home-made beauty treatments. END_OF_DOCUMENT_TOKEN_TO_BE_REPLACED