Rinse Your Mouth with Pee for a Whiter Smile! 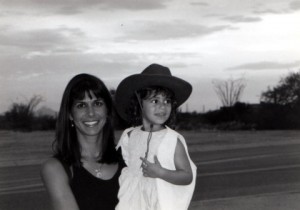 From that wild period of time in the desert. My teeth look white and not because of urine, it’s rather all to do with polishing my teeth with coconut oil.

Who knew that once upon a time urine had such immense value that the Romans actually traded in urine! In last month’s Smithsonian news an article about the uses of urine was indeed an interesting eye opener. Of course, over the years I heard about the medicinal qualities of urine; I recall reading the novel Freedom at Midnight, where there was mention of Gandhi’s use of urine, and I also witnessed a friend of mine rubbing urine on a cut. She swore that it was a cure-all for things of that nature. Had I remembered basic chemistry, I would’ve taken her seriously, but there were other extraneous circumstances that sort of pushed that piece of information to the wayside. When she insisted that I join her on one of her therapeutic desert retreats, I honestly, and very innocently thought that I’d have to endure a lot of soul searching crap, but generally it would probably be a good experience for a new divorcee. So I went for the initial meeting, and immediately found myself surrounded by ogling eyes—the problem for me was that it was all women’s eyes. But still, it was a beautiful evening; as the sun was setting, the Arizona sky hosted a brilliant assortment of colors and the silhouette of the mountains surrounding us made for an imposing backdrop. In spite of the usual type of din at such get-togethers, plus the added sound of drumming—very typical of these Arizona-type parties—I could still hear a strange sound emanating from one corner of the room. When I turned my head around, I saw a bunch of women engaging in sexual activity, right there in front of everyone. I casually inquired whether this was the type of therapy that awaited me if I were to join their impeding trip  . . .  I literally had to pry open their hands while they grabbed hold of my arms, looking at me with such eagerness, and hoping for my full cooperation. I have to say that I almost peed in my pants at that moment, but I managed to escape unscathed and all in one piece. Just not my-cup-of-tea, although my husband has asked me to repeat this story from time to time, always hoping for a different ending. So yeah, the therapeutic values of pee sort of faded when sex in the desert with a whole bunch of strange women, plus one friend, overshadowed everything else.

I think that everyone has a few pee stories of their own, I sure have. Mostly, we think of those incidents as nothing more than familiar, comical “I literally peed in my pants” or “in my bed” type memories. When we think of collecting our urine it’s usually for medical purposes, for various health screenings—yet people long ago had already known the potential of this “liquid gold.” Urine was actually collected from public urinals, and those trading in it had to pay taxes on it, says the Smithsonian article. It was used for softening leather, “. . .  a quick and rich source of urea, a nitrogen-based organic compound.” Apparently, when stored for a long time, it decays into ammonia and once you mix it with water its high PH can break down organic material. In the 16th century, the English learned how to utilize urine in their textile industry; it was used for removing stains, and as a mordant, i.e., the agent that helps bind the dye to cloth. In fact, people used to collect their urine in chamber pots in order to complete the dying process of their clothing. It was also used as a cleanser, some launderers preferred to use urine collected in the streets for soaking purposes, and when the clothes were stomped on, the urine would act as a cleansing agent. I bet you never realized that soaking your clothes in pee would make the colors brighter, and last even longer—so much cheaper than having to spend on Tide! Once upon a time those who survived by collecting their urine and selling it to the tannery were deemed “piss poor,” but those who could not afford the pot were the poorest of the lot and thus we’ve all heard the phrase “So poor that he didn’t have a pot to piss in.”

How about using pee in order to make gunpowder? One of the main ingredients, says the article, is potassium nitrate which was synthesized for the masses in the early 20th century; however, before that people would use nitrogen found in urine! A direct quote from the manual titled  Instructional for the manufacture of Saltpetre  written by Joseph LeConte in 1862 states that, “a person hoping to make gunpowder quickly would need ‘a good supply of thoroughly rotted manure of the richest kind,’ which is then mixed with ash, leaves and straw in a pit. The heap is watered every week with the richest kinds of liquid manure, such as urine, dung-water, water of privies, cesspools, drains, and as the heap ripens, the nitre is brought to the surface by evaporation, and appears as whitish efflorescence, detectable by the taste.” This sheds more light on the way people were killed in those days; they weren’t really shot at, they were peed at, with great intensity.

Ah, but now to the item of information that would interest most of you who enjoy my blog; the Romans would use their urine in order to whiten their teeth. A quote from the Roman poet Catullus says, ” . . . the fact that your teeth are so polished just shows you’re the more full of piss.” The article reminds us that this is basic chemistry of course, because the ammonia gets rid of stains. Later on, in 1828 the German chemist Friedrich Wohler discovered an identical material to urea. And by doing so he disproved the science of the times, which stated that living organisms were made up of substances entirely different than inanimate objects such as rocks and glass. He proved that organic materials could be reproduced in a lab and that humans were part of nature rather than separate from it. We can thank Mr. Wohler for a host of creations, but for our purposes we can thank him for giving us a different option for mouth wash.

Modern-day scientists will tell you that urine can be used as a source of electric power, and that urine-eating bacteria can create a strong enough current to power a cell phone, says the Smithsonian article. It’s also used for a host of other treatments, such as infertility, menopause, and growth of human teeth. This gives us a whole new perspective on urine and its potential value. Also, for all of us out there who are in the habit, as I am, of peeing a lot, just think of our true value to society: we could potentially become a whole industry. I actually have to go pee right now, no joking, but there will be no collecting of urine today as I’m fully stocked with toothpaste, mouthwash, and coconut oil for polishing my teeth. However, I can’t wait for my next appointment with my urologist, Dr. Weiss, because I’ll have so much more to tell him other than the usual complaints of having to wake up at night to pee. By the way, my husband Greg is the only person on earth whom I’ve heard pronouncing “urinal” differently to the rest of us. It’s a funny story really, and one that can be watched on the following clip: http://www.youtube.com/watch?v=OdElzdSNOEk

One Response to: Rinse Your Mouth with Pee for a Whiter Smile!