Do You Choose Beautiful? Or Who the Hell Actually Cares? 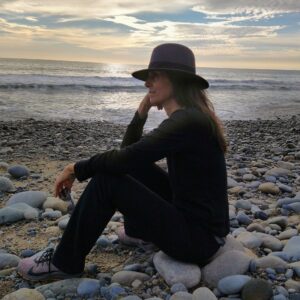 Hmmm, am I average or beautiful?

A few weeks ago I watched the very controversial “Choose Beautiful” video, which was the new installment of Dove’s original campaign called “Campaign for Real Beauty,” first launched in 2004 and meant to empower women and boost their self-esteem. The first campaign came about as a result of a study titled, “The Truth About Beauty,” which was conducted by Dove with the input of world-renowned academics. Their goal was to explore the notion of beauty in women today, and what they found was that a mere 4% of women from around the world considered themselves beautiful, and at least 75% of women would have preferred to see diversity in the images of beauty, which are broadcast daily through film and all other forms of media. So this, in fact, was the genesis of the campaign that began to introduce images of women who did not fit the bill of traditional beauty because they had gray hair or a flat chest etc., but nevertheless, for the first time they were given the platform that was usually reserved for “traditional” beauties.

Before I explain why a seemingly positive campaign could cause so much controversy, let me expound on the actual video of “Choose Beautiful.” The campaign was conducted in about 5 countries around the world where women were faced with two choices when entering a store: they could choose to walk through one of two doors with signs hanging above, one said “Beautiful” and the other “Average.” It was interesting to see how daunting this choice became for so many of the women who noticed the signs as they approached the stores. Most women thought about it for a second, and then walked through the “Average” entrance; some didn’t think twice before choosing “Beautiful.” For some who walked through the average entrance, a funny thing happened, an awakening of sorts—in a sudden act of rebellion and a surge of self-confidence they turned back and walked through the beautiful entrance instead. For others, it was either an insult or they did not know how to handle this type of choice, and looking utterly perplexed they turned around and walked away.

The purpose of this exercise was to help promote the notion of self-acceptance, but I couldn’t help but feel as though we had all been lulled into a false sense of happiness. Choosing average, as far as I am concerned, meant that you were indeed average in every way possible. But as I mulled over this topic, I wondered whether there was something drastically wrong with being average? I mean, I for one do not excel at everything that I do, so that would also make me average, and I don’t feel as though it’s a hang-up of any kind. But it was more than that, obviously, the women in question immediately thought about their face and body and how they perceived themselves as well as how society perceived their looks. The fact is that society has always judged women by their looks; you read a Jane Austen novel and in-between her descriptions of social structure of men and women living in the middle and upper classes—among things like class, reputation, breeding and manners—you learn that a woman of plain looks had little prospects of marriage. And that type of world, where a woman’s looks precede her intelligence, is the type of world we are still experiencing today.

In that respect, the idea that women must adhere to a certain standard of beauty is not a 21st century invention, or the invention of media and film. In fact, evolutionary psychologist Nancy Etcoff, in her book titled, “Survival of the Prettiest: The Science of Beauty,” states that the “pursuit of beauty is not learned behavior,” but that it’s in our biology, and something evident in every culture.

It’s all about her looks.

So what’s the problem here? And why have so many women felt offended by Dove’s campaigns if the pursuit of beauty is innate in all of us—it’s all nature’s fault? Well, a closer look at this campaign reveals that what Dove is doing is no different to what’s been done before, except that they have manipulated feminists themes in order to better sell their beauty products. Although not as blunt as ads that one might remember from the 50s or 60s, still, the ads reinforce that same archaic idea that, as far as a woman’s concerned, her life revolves around her looks, and unfortunately this reinforces all the old stereotypes as well. The sexualization of women is at the helm of this campaign, and it sells very well. 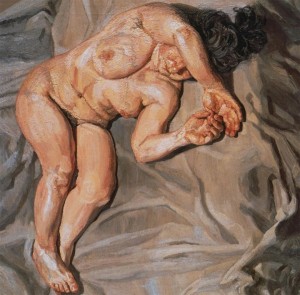 I don’t see how Dove has managed to redefine the idea of beauty in any way; I still don’t see “average” women gracing the covers of magazines, only in a number of their special campaigns perhaps, but that is something that comes and goes and has definitely not stuck. It wasn’t meant to stick really. There have been some people who’ve had a profound effect on me in terms of redefining beauty, Lucian Freud is one such individual, albeit his morality is a point of contention with many people, some of his art, in my opinion, is exactly on point when it comes to painting the truth and celebrating it. He would paint every blemish and sag on a woman’s body and face, and would not permit any woman to enter his studio if she wore makeup on her face. His art may be shocking to most people, but when I viewed some of those images of real women it made me think a little deeper about our image in society, that’s for sure. 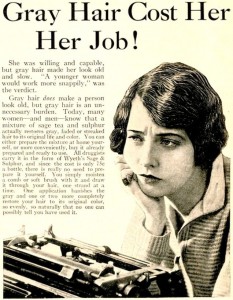 Things are not that different today, are they?

If Dove really cares about women, then beauty is the one thing it should not be emphasizing as a cure-all for our confidence issues; however, this too is a ridiculous assumption when you consider the fact that we’re talking about a cosmetics company that is in the business of profiting from our insecurities and old notions of beauty, and how we should present ourselves in society.

The need to look good and the pursuit of beauty may be inherent in all of us, but it’s the way beauty has been manipulated by all sorts of people in key industry positions, which has indeed helped to perpetuate absolutely ridiculous ideals of beauty and remind us over and over again that beauty is the reason to feel good about ourselves. Perhaps plastic surgery is a natural evolution in terms of how modern man can pursue those ideals of beauty, but somehow it seems so convoluted and wrong.

I’d like to think that I’m open-minded and not too obsessive when it comes to silly things like commercials, or other forms of advertisement, or that I can see the humor in most everything and not take things too literally, too seriously. But in this instance, I’m afraid, as I watched the women walk through their door of choice, there was a definite discomfort and questions that flooded my mind almost instantly. So for me, this ad did not work very well, I saw right through the ruse, Dove was not extolling women for any other reason other than to give them a false sense of confidence, for something so trivial as their looks, so long as long as they remembered their brand name the next time they stepped into a drug store. And when it was all over and done with, the one question left on my mind was: Who the hell actually cares?

This entry was posted in General, Wrinkles. Bookmark: permalink.