After my crushing defeat the other day, during some heated online discussions about aging and wrinkles where I was heavily criticized for my positive point of view, of all things, I’ve decided to do a little bit more reading on this topic. I wanted to get a better sense of what else women have been discussing, and what kind of advice they’ve been receiving from fellow readers. I didn’t expect anything different than before, but my curiosity for the “herd mentality” that I have viewed so many times before, prodded me to look again.I admit that whenever I find the time to read about other people’s concerns etc., I can’t help but get drawn and pulled into the world of crazy misconceptions about aging and beauty. To date, I’ve not been kicked off any new blogs for expressing my positive twist on aging, but then again it’s very surprising to see how little or no support I’ve received when trying to encourage the idea of aging with a little bit of grace. For example, in Self Magazine where I appear under the user-name Wrinkletalk, I wrote a little paragraph titled, “Embracing Wrinkles,” which I didn’t see as antagonizing or disrespectful to the rest of the ladies engaged in the conversation, and still no responses and only 51 views.

When I scrolled down the page to see how much attention other captions had garnered, I found a huge discrepancy, most captions had something like 600-plus views, including many responses. “Anything to help with cellulite?” attracted 626 views, “Shrink pores” had 435 views, “Spa things at home” had a whopping 1,706 views and “Get a face lift” had 935.

This is not to say that I think that other topics are not as interesting or important as mine, but it does make me wonder, once again, why women refuse to open up their minds and read about an alternative way to viewing wrinkles. 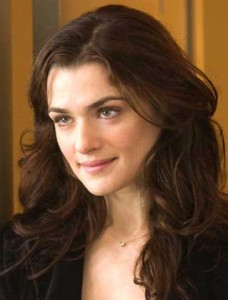 When Teri Hatcher posted a photograph of her wrinkled face on her official Facebook site—low and behold—she received 189 responses, instantly, and since writing this post, I presume the number has multiplied tenfold. It suddenly became news. Since she had posted that photo of herself there have been other actresses who’ve expressed their views on wrinkles and surgery, and I found out that Rachael Weisz has vowed to never get plastic surgery either, there are a few more who’ve echoed the same views. Of course, people should always do as they wish, and whatever makes them happy, but I’m feeling a little upbeat for a change, because I’m a little less lonely with my very unpopular take on aging and beauty.